Maintaining an ideal and comfortable weight and shape is not an easy task. First of all, you need to rethink your habits, goals and desires. And only then can one actively begin to correct the appearance and inner world. And if many go to the gym for muscles and appetizing forms, then those who also care about the spiritual component pay attention to yoga classes.

But if you won’t surprise anyone with ordinary activities, then it is worth noting that a new trend of it called hot yoga is approaching our country.

It will be hot!

It is also called Bikram Yoga, after the name of the creator Bikram Chowdhury, who was engaged in such practices all his life. But, unexpectedly injured at a young age, Bikram was forced to suspend his studies, and was bedridden, which made him very upset. 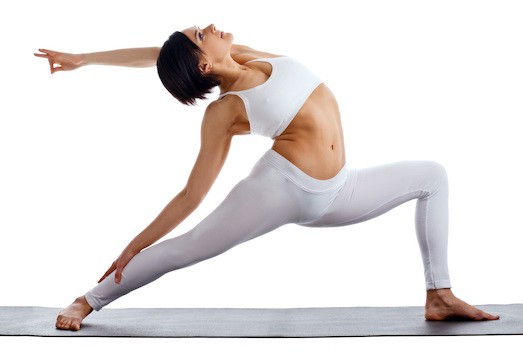 However, in the process of rehabilitation, the Hindu found that the effectiveness of the exercise increases with an increased temperature. And, performing asanas in a room with a regime of 40 degrees, very soon I got to my feet.

The main secret lies in the fact that a warmed-up body becomes flexible faster, and stretching exercises are less painful. Today, this direction has already gained millions of fans around the world, thanks to its advantages.

The main feature of classes is not only high air temperature, but also humidity, which should be at least 40%. Your lesson will consist of 26 asanas, which must be performed in 2 stages, and the same number of breathing stages.

It is worth noting that the speed of performing asanas is quite high, each one takes only 10-50 seconds. Thus, the body enters a state of purification faster. The total duration of the workout is 1.5 hours.

If you want to get a quick visible effect, you need to attend classes three times a week.

Caution does not hurt

But you do not need to rush to class at breakneck speed. After all, such physical activities are not suitable for everyone. It is imperative to first consult a doctor and pay attention to the presence of diseases.

Bikram yoga is contraindicated for those who suffer from vascular dystonia, varicose veins, and kidney diseases, because increased sweating requires replenishing the water balance in large quantities.

Bikram yoga is very popular all over the world, even such world-famous stars as Madonna, Lady Gaga, George Clooney and many others speak out in its favor. The path to knowing yourself is always open, and if such exercises also help to keep yourself in excellent physical shape, then their value doubles.